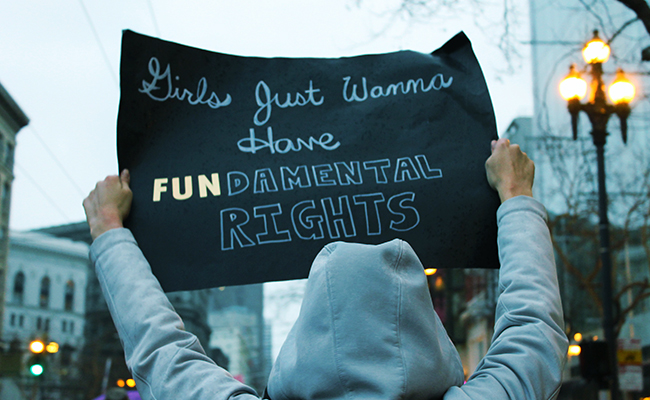 Thousands of people marched in Dublin on Saturday to demand an end to the country’s constitutional ban on abortion, one of the strictest such laws in the Western world. The March for Choice is an annual protest against the Eighth Amendment to the Irish Constitution, which enshrines a ban on abortions, but this year it

No issue in America is more toxic than abortion, and that’s partly because it is today so closely associated with religion. While many feminists see abortion as a matter of choice, some Christians see it as murder. Then there are people like Dr. Willie Parker. Dr. Parker is black, feminist and driven by his Christian

Swedish midwife Ellinor Grimmark has decided to appeal to the European Court of Human Rights over Sweden’s hard line on conscientious objection. The Swedish Appeals Court decided earlier this month that the government can force medical professionals to perform and cooperate in abortions, or else be forced out of their profession. Because the ruling in Grimmark

A federal judge on Tuesday temporarily blocked Texas from cutting off Medicaid funding to Planned Parenthood, ruling the state had presented no credible evidence to support claims the organization violated medical or ethical standards related to abortion procedures. The ruling, a preliminary injunction issued by Sam Sparks, a United States District Court judge in the

Officials in northern Mexico have denied an abortion to a 13-year-old girl who was raped by a family acquaintance, an advocacy group said Monday. Abortion is legal in Mexico in cases of rape. But Regina Tames, director of the Group for Information on Reproductive Choice, said officials in Sonora state are relying on a judge’s

A prosecutor in Georgia prosecutor announced on Wednesday that he had dismissed murder charges against a 23-year-old woman accused of inducing an abortion by taking pills. The Associated Press reported that Dougherty County District Attorney Greg Edwards had said in statement that Kenlissia Jones had been released from jail. However, she still faced a charge

In 2014, an online database listing doctors allegedly opposed to terminations and contraception was set up in New Zealand. The database lists dozens of medical professionals who are said to oppose abortion. The site’s advocates say patients, as consumers, have a right to know who does not offer contraception or abortion referrals because of their moral

In the world as Supreme Court Justice Antonin Scalia imagines it, anti-abortion advocates resemble Eleanor McCullen, a self-described “mother and grandmother” who stands outside a reproductive-health clinic in Boston and attempts to gently “counsel” approaching women out of getting an abortion.He also sees lawmakers and judges conspiring to silence the voices of those like Ms.