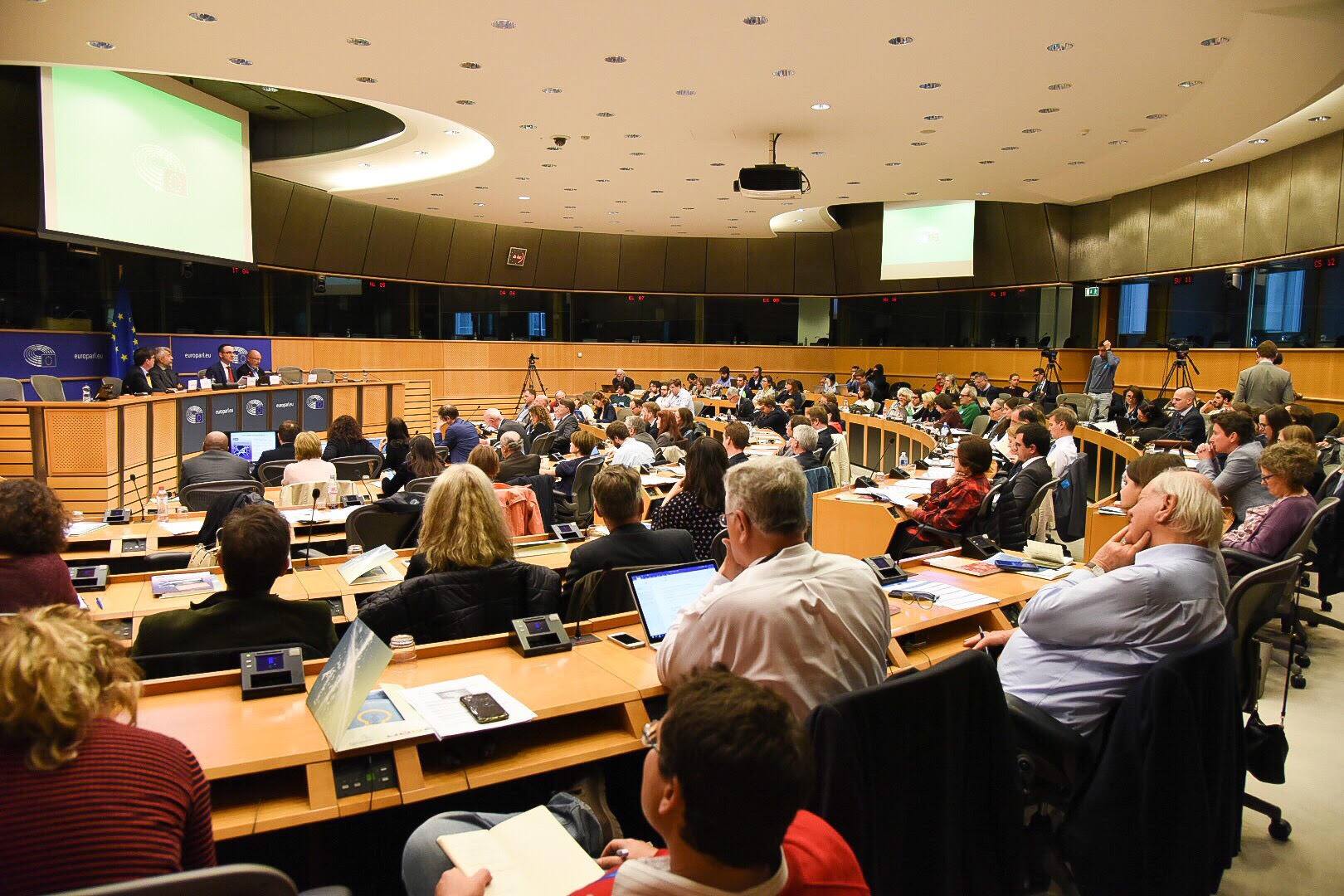 In conclusion of the 5th session of the World Congress on Freedom of Scientific Research, held at the European Parliament in Brussels from 11 to 13 April 2018, a final declaration was adopted which, among other things, urges “the ninth framework program of the European Union (2021 – 2027) currently under preparation, to take into account as a priority the right to science and its implications and applications” and launches “an appeal to all UN Member States that have not yet ratified the International Covenant on Economic Rights Social and Cultural Heritage and its additional protocol to do so”.

In the coming weeks, the Congress outcome document will be enriched by further contributions related to the issues discussed during the three days, which will become the working document of the future activities of the Association towards the launch of an international committee for the promotion of “Science for Democracy” and an trans-national network of organizations for the protection and promotion of the “right to science”.

Participants in the Congress also invited the organizers to convene the sixth session “in a developing country engaged in the construction or strengthening of democratic institutions based on the Rule of Law and dedicated to promoting scientific progress“.

Participants in the fifth meeting of the World Congress for Freedom of Scientific Research, held in Brussels from 11 to 13 April 2018, at the European Parliament entitled “Science for Democracy” would like to thank the Luca Coscioni Association for organizing it.

The quality of the discussion and exchanges that it has generated, the intellectual interaction of people with different backgrounds and skills has enriched a debate that now needs to be shared in different constituencies all over the world.

What the World Congress has identified over the years has proved to be central in the international political agenda on issues relating to human progress, sustainable development and the freedom of scientific research.

Participants therefore affirm the objectives identified in the final declarations of the previous meetings in 2014, 2009, 2006 and 2004.

Many of the crucial aspects on which the participants in the World Congress, the members and supporters of the Association have worked over the past 14 years remain a goal to be achieved, the participants therefore invite all interested parties to continue in their daily efforts to pursue them, urging them to share with the Luca Coscioni Association further recommendations or requests for action to promote synergy between the various stakeholders at the trans-national level.

Participants commend the work done with the Freedom of Research and Self-determination Index and welcome the preparation of “shadow reports” presented to the United Nations to provide independent assessments of the human rights situation in different countries, with a particular focus on scientific issues.

Participants hope that the ninth framework program of the European Union (2021 – 2027) currently under preparation will include among its priorities the right to science and its implications and applications, and call on all UN Member States that have not yet ratified the International Covenant on Economic, Social and Cultural Rights and/or its additional protocol to do so.

To support and maximise the outcome of these activities, participants invite the Luca Coscioni Association, its members and supporters, to do their utmost to accompany the process preparing the “General Comment” on the “right to science” of the United Nations Committee on Economic, Social and Cultural Rights” also through the mobilization and coordination of stakeholders and civil society organizations, taking into account, among other things, the requests articulated in the appeal for the right to science launched by the Association in 2017 signed by, among others, Sir Richard J. Roberts, Nobel Laureate in Physiology or Medicine.

Participants believe that an international committee to promote “Science for Democracy” should be promoted and remain available to participate in their different capacities and in any way deemed necessary,  looking forward to the next World Congress meeting, hoping that its sixth session can take place in a developing country that is struggling to establish or reinforce its democratic institutions, the Rule of Law and that is promoting and protecting scientific progress.