Scientific Research should be promoted starting from Africa 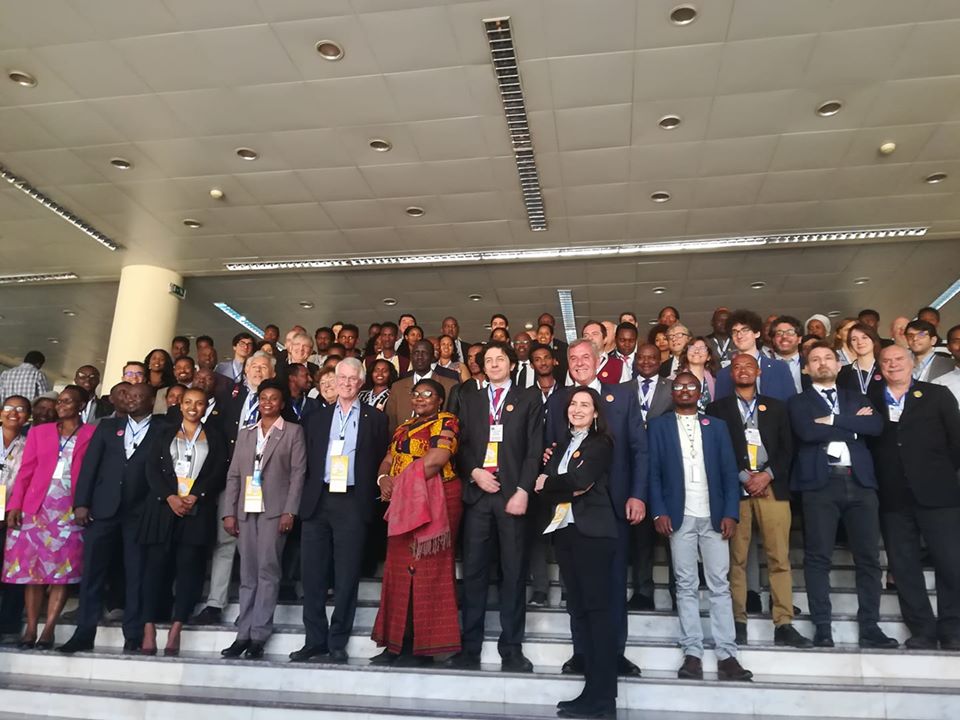 The VI World Congress for Freedom of Scientific Research has ended. The two-day event, hosted by the African Union Commissioner for Science Sarah Agbor, saw the participation of over 300 guests from 35 countries, including Nobel Prize Winner Richard Roberts and representatives from the United Nations, national governments, academia and civil society.

The World Congress also resulted in the creation of a transnational network of parliamentarians for the right to science and issued a set of recommendations. If you were unable to attend, you can watch the whole event here.

Participants in the Sixth meeting of the World Congress for Freedom of Scientific Research, held in Addis Ababa, Ethiopia on 25-26 February 2020 at the African Union headquarters, entitled “The right to enjoy the benefits of science, an African perspective” wish to thank the Commission of the African Union in the person of Professor Sarah Mbi Enow Anyang Agbor, Commissioner for Science and Technology, and Science for Democracy for having promoted the event and the Luca Coscioni Association for organizing it.

The quality of the discussion and exchanges that it has generated, and the intellectual interaction of people with different expertise and backgrounds has enriched the Africa-focused debate on the therapeutic potential of stem cells, the importance of precision and genetic medicine, sexual and reproductive health and rights, new breeding techniques and the introduction of safer products on the market, as well as a more open access to science and data sustained by the promotion of civilian uses of artificial intelligence. The proceedings of the Congress, together with this outcome document, will now need to be shared in different constituencies all over the world as they address some of the most pressing issues mankind is facing.

What the meetings of the World Congress have identified over the years has proved to be central in the international agenda on issues relating to human progress, sustainable development and in particular on the protection and promotion of the “right to science” with all its implications, as contained in Article 15 of the International Covenant on Economic Social and Cultural Rights:

1. The States Parties to the present Covenant recognize the right of everyone:

(a) To take part in cultural life;

(b) To enjoy the benefits of scientific progress and its applications;

(c) To benefit from the protection of the moral and material interests resulting from any scientific, literary or artistic production of which he is the author.

2. The steps to be taken by the States Parties to the present Covenant to achieve the full realization of this right shall include those necessary for the conservation, the development and the diffusion of science and culture.

3. The States Parties to the present Covenant undertake to respect the freedom indispensable for scientific research and creative activity.

4. The States Parties to the present Covenant recognize the benefits to be derived from the encouragement and development of international contacts and co-operation in the scientific and cultural fields.

Participants salute the General Comment on Science prepared by the United Nations Committee on Economic, Social and Cultural Rights, fully endorsing the document where it states that:

“This set of rights, entitlements, liberties, duties or obligations related to science, might be brought together in a single broad concept named “the human right to science” in the same way that, for example, “the human right to health” encompasses a broad set of rights and freedoms affecting human wealth and well-being. This approach and this name have already been adopted by the Special Rapporteur on Cultural Rights, by UNESCO, by some international conferences and summits and by some important scientific organizations and publications.

Participants call on the UN to develop guidelines on the basis of the General Comment to assist Member States in sharing their efforts towards the implementation of the many aspects of the “right to science”, believing that its full enjoyment can structurally contribute to the achievement of the Sustainable Development Goals and become a pillar for the future consolidation of the Agenda 2063, that aims to deliver on Africa’s goals for inclusive and sustainable development, unity, self-determination, freedom, progress and prosperity.

Science literacy and communication should be promoted and improved to ensure that all individuals have access to reliable and up-to-date information. Participants believe that freedom of research, the sharing of knowledge and the right to enjoy the benefits of science for all should be systematically taken into consideration during decision-making processes.

The panel discussions of the Congress have highlighted the need to direct substantial investments into human capital, health, education, and agricultural services, as well as in improving the situation of women as important resources for the welfare, wellbeing and sustainable development of societies. Participants believe that existing science evaluation systems and reward structures are obstacles to a broad implementation of Open Science, and call for change following UNESCO’s recommendations. To this end, Participants appeal to the United Nations so that a Special Rapporteur on the “right to science” is established to better monitor the implementation of the multiple aspects of the right contained in the General Comment.

The “right to enjoy the benefits of science”, in particular, alongside discussions on the precautionary principle, should guide a comprehensive, holistic and evidence-based approach to decisions on the latest developments of scientific research and its applications with the hope of engaging as many States and stake-holders as possible, in a regulatory process that can only be trans-national.

Participants believe that Gender Equality in Science, Technology and Innovation (STI) is crucial and urgent. To this end, Participants call for monitoring progress in terms of gender equality and equal participation in STI fields. Actions to support efforts in the promotion of gender diversity in STI should be prioritized in all countries.

Participants invite Members States of the African Union to initiate all the necessary procedural steps to ratify the Optional Protocol of the International Covenant on Economic Social and Cultural Rights, adopted by the UN General Assembly on 10 December 2008, which entered into force on 5 May 2013. The protocol establishes an individual complaints mechanism for the Covenant that can assist States to address the need to update legislations concerning economic, social and cultural issues, including all aspects pertaining to science.

Concerning multilateral relations, Participants believe that the notion of “Third Country” – such as the one foreseen in the upcoming Horizon Europe, the 9th Research and Innovation framework program of the European Union – should be updated with particular attention to the issues discussed during the 6th World Congress in order to foster the “Right to Science”.

Participants therefore call on the European Union to take into consideration the peculiarities and complexity presented by the African continent when evaluating the Third Country Openness Criteria for the participation to the Union programmes. Particular attention should be given to the beneficial effects that such a participation would have on the social well-being of citizens, while guaranteeing fair and transparent policies on intellectual property rights.

Participants hope that the next meeting of the World Congress will be organized in a region of the world where particular efforts remain necessary to promote and protect the “right to science” for the promotion of individual and societal welfare and invite the promoters and organizers to look again at Africa as a possible venue.