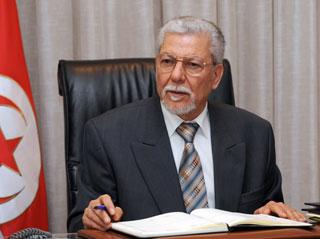 Main pedagogical and scientific activities
Professor and researcher at the University of Tunis (since 1969)
Professor of Higher Education (since 1984) – Member of the Scientific Council of the ENS, then the ISLT – Member of the Board of the University – Member of the jury of agrégation of Arabic language – Chairman and member of recruitment panels to all ranks of higher education – Chairman and member of several boards of State theses, PhD and dissertations – Direction of several State theses, doctorates and dissertations
President of the Tunisian Association of Linguistics (ATL) since 1995
Secretary-General of the Mediterranean linguistic encounters (RLM), since 1998.
Member of LTT- AUF network
Coordinator and member of several CMCU research projects
Member of the research project Linguistic Atlas of Tunisia
Member of the research project on Ornithological Arab Terminology
President of the Arab Institute for Human Rights (since 1998)  – Director responsible for the Arab Journal of Human Rights since 1996 – Member of the Francophone Network of Institutes of Human Rights – Advisory Member to the OIF
Secretary-General of SNESup and FNE in Tunisia