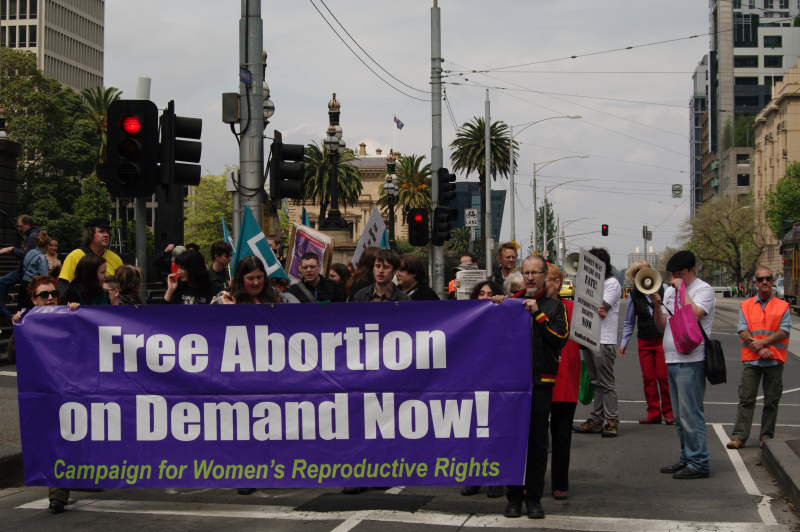 Abortion is the subject of criminal law in all Australian states and territories, except the Australian Capital Territory. Each state and territory has legislation prohibiting unlawful abortion.  Victoria, South Australia, Western Australia, Tasmania and the Northern Territory have legislation in place that provides a statutory explanation of when an abortion is not unlawful.  In the other states, common law interpretations of the Crimes Act or Criminal Code have had the effect of making lawful abortion available to a large number of women. Download a summary of state abortion laws here.

Children by Choice believe abortion is an issue concerning women’s health and women’s rights, and any legislation covering the procedure should not be contained within a Criminal Code or Crimes Act.

Queensland & New South Wales: Abortion a crime for women and doctors. Legal when doctor believes a woman’s physical and/or mental health is in serious danger.  In NSW social, economic and medical factors maybe taken into account.

Australian Capital Territory: Legal, must be provided by medical doctor.

South Australia & Tasmania: Legal if two doctors agree that a woman’s physical and/or mental health endangered by pregnancy, or for serious foetal abnormality. Referral for counselling compulsory in Tasmania. Unlawful abortion a crime. *NB An abortion law reform bill has been passed by the Tasmanian lower house in April 2013, and is awaiting debate by the state’s upper house. If passed it decriminalise abortion on request to 16 weeks gestation, and after that point if two doctors approve.

Western Australia: Legal up to 20 weeks, some restrictions particularly for under 16s. Very restricted after 20 weeks.

Northern Territory: Legal to 14 weeks if 2 doctors agree that woman’s physical and/or mental health endangered by pregnancy, or for serious foetal abnormality. Up to 23 weeks in an emergency.