Chilean Tribunal Weighs In: Some Abortions Will Now Be Legal. 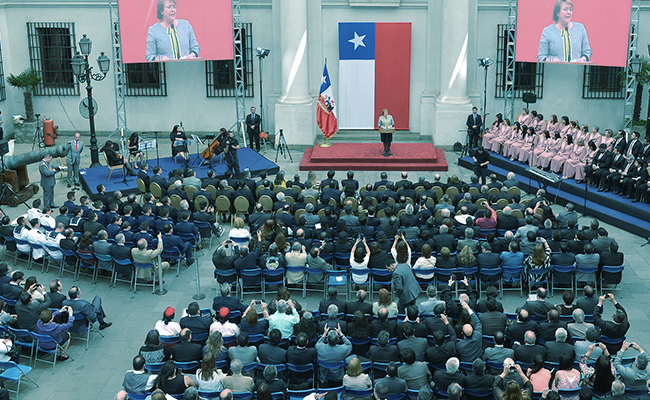 SANTIAGO, Chile —  Chile’s Constitutional Tribunal voted on Monday to legalize abortion under limited circumstances, reinstating a right Chilean women lost 28 years ago in the twilight of the military dictatorship.

Congress approved a bill this month allowing abortion when the mother’s life is in danger; when the fetus is unviable; or when the pregnancy is the result of rape. Despite the majority vote in Congress and widespread public support for the bill, right-wing legislators filed two requests for review before the tribunal, claiming the law would violate the constitutional guarantee of “protection of the unborn.”

The judges voted six to four to dismiss both requests and uphold the constitutionality of the new law. Approval of the law was a victory for President Michelle Bachelet, whose government championed the bill.

“What has prevailed is tolerance,” Ms. Bachelet said at a news conference, “and that every woman may make decisions based on her values, religion, principles or real options.”

“Today I am proud to say we have fulfilled a fundamental commitment of our government with the women in our country,” she added. “It has been a long battle, fought with the weapons of democracy and dialogue, overcoming barriers and prejudice that in the past impeded hundreds of women from alleviating their suffering.”

Emotions ran high outside the court building as groups supporting and opposing the law demonstrated during the four days the court heard arguments and deliberated. Dozens of women awaited the ruling on Monday outside the tribunal building and then marched to the presidential palace a few blocks away to celebrate.