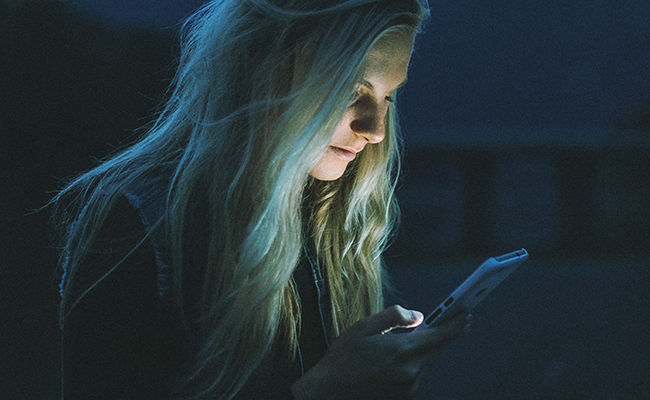 Last year, just weeks before the election, an article from a site called Mad World News began circulating around Facebook. The headline read “Before Applauding Hillary’s Abortion Remarks, Know the One Fact She Ignored.”

In the article, the writer says she wants to expose Hillary Clinton’s lies about late-term abortions. She argues that a baby never needs to be aborted to save a mother’s life but doesn’t cite any sources or studies, and presents anecdotes and opinion as fact. Midway through the story, she shares an illustration of what she calls a “Partial-Birth Procedure” — a procedure banned in the United States. In it, she describes how a doctor “jams scissors into the baby’s skull” and how “the child’s brains are sucked out.”

“Don’t let these lies kill another child in such a horrific manner,” she says, concluding the piece. The article was engaged with at least 1.1 million times, making it the most-shared article about abortion on Facebook last year, according to BuzzSumo, a company that tracks social sharing.

Last week, the company’s general counsel appeared before Congress alongside his counterparts from Twitter and Google to testify on the company’s role in distributing misinformation ahead of the 2016 presidential election. Facebook says it’s taking “fake news” seriously. It has a label for “disputed” stories, brought in independent fact-checking partners and allows users to report false articles.

It’s not clear whether these attempts to tackle misinformation will work; critics have called them ineffective and slow. But there’s another problem, too. So far, Facebook and the public have focused almost solely on politics and Russian interference in the United States election. What they haven’t addressed is the vast amount of misinformation and unevidenced stories about reproductive rights, science and health.

Evidence-based, credible articles about abortion from reputable news outlets like The New York Times and The Washington Post didn’t make it to the top of the list of “most shared” articles on Facebook last year, according to BuzzSumo. But articles from the site LifeNews.com did.

LifeNews, which has just under one million followers on Facebook, is one of several large anti-abortion sites that can command hundreds of thousands of views on a single post. These sites produce vast amounts of misinformation; the Facebook page for the organization Live Action, for instance, has two million Facebook followers and posts videos claiming there’s a correlation beetween abortion and breast cancer. And their stories often generate more engagement than the content produced by mainstream news organizations, said Sharon Kann, the program director for abortion rights and reproductive health at Media Matters, a watchdog group. People on Facebook engage with anti-abortion content more than abortion-rights content at a “disproportionate rate,” she said, which, as a result of the company’s algorithms, means more people see it.

Facebook’s current initiatives to crack down on fake news can, theoretically, be applicable to misinformation on other issues. However, there are several human and technical barriers that prevent misinformation about reproductive rights from being identified, checked and removed at the same — already slow — rate as other misleading stories.

First, the question of what’s considered a “fake news” site is not always black and white. Facebook says it has been tackling the sources of fake news by eliminating the ability the to ‘spoof’ domains and by deleting Facebook pages linked to spam activity. For example, this year Facebook identified and deleted more than 30 pages owned by Macedonian publishers, who used them to push out fake stories about United States politics, after alarms had been sounded about sites in the country spreading misinformation about the 2016 campaign. (Facebook says some of the sites may have been taken down for other terms-of-service violations.) But anti-abortion sites are different. They do not mimic real publications, and they publish pieces on real events alongside factually incorrect or thinly sourced stories, which helps blur the line between what’s considered a news blog and “fake news.”

Second, Facebook says one of its key aims in tackling fake news is to remove the profit incentive, because it says ”most false news is financial motivated”. It says it hopes to do that by making it more difficult for the people behind the fake news sites to buy ads on its platform and by detecting and deleting spam accounts, which it says are a major force behind the spread of misinformation.

However, the incentive for the people who write content for anti-abortion news sites and Facebook pages is ideological, not financial. Anti-abortion, anti-science content isn’t being written by spammers hoping to make money, but by ordinary people who are driven by religious or political beliefs. Their aim isn’t to profit from ads. It’s to convince readers of their viewpoint: that abortion is morally wrong, that autism is caused by vaccines or that climate change isn’t real.

Finally, public pressure influences where Facebook directs its attention. Facebook may be focused on fake news and the United States election now, but its efforts to prevent the spread of misinformation in the buildup to the election were practically nonexistent. It took action only after intense scrutiny.

Now Facebook and its fact-checking partners say its focus is “on the worst of the worst, on the clear hoaxes spread by spammers for their own gain.” Simply put, without increased pressure, Facebook’s technical efforts and its human efforts, like fact-checkers’ trawling through flagged content, make it likely that the company, in the months to come, will be seeking out only the “obvious” flags of fake news stories and not the misinformation that is fueled by real people with no financial incentive. That is why those of us who are concerned by the misinformation around reproductive rights need to make ourselves heard.

The Irish government says it will hold a referendum next year on whether to relax the country’s strict ban on abortion. Some abortion-rights campaigners have expressed concern over the role of misinformation on social media platforms like Facebook in the lead-up to the vote, but it’s far from clear whether those concerns are being listened to.

Curbing the spread of fake news is no easy task, and Facebook says it cannot “become arbiters of truth” in the fight against fake news. But at the very least, the company can address its continuing role in inadvertently spreading false information about issues that go beyond the United States election and Russia.