For the Life of Rights and the Right to Life 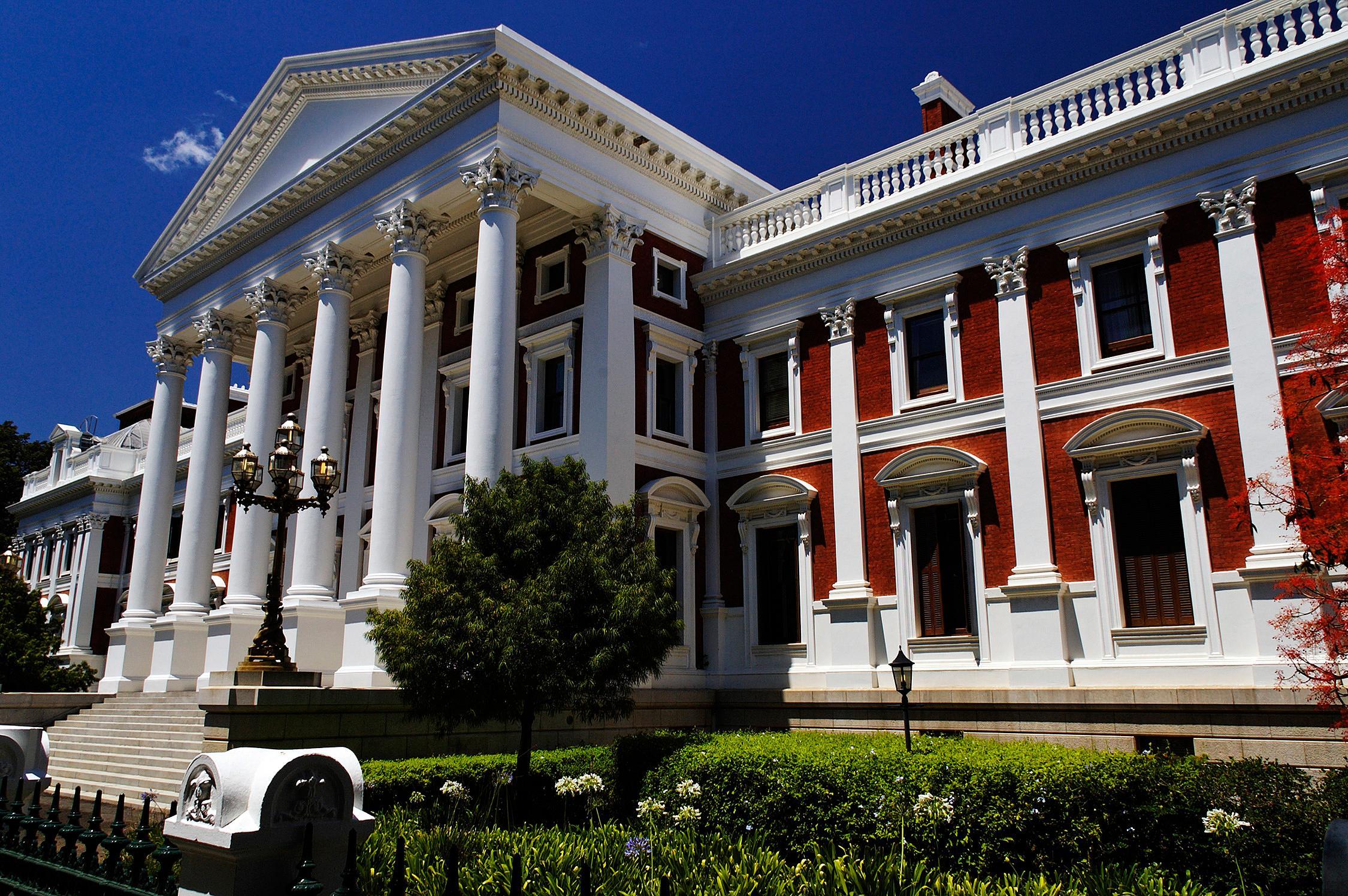 A letter from the Radical Party to South American parliamentarians:

We wish to bring to your attention a series of actions that have concretely strengthened Human Rights through the consolidation of International Law.
These judicial, political and nonviolent actions have been brought forward by the Nonviolent Radical Party, Transnational and Transparty (NRPTT) – a NGO in General Consultative Status at the United Nations Economic and Social Council (ECOSOC)– and by its constituent members – Hands Off Cain, No Peace Without Justice and the Luca Coscioni Association for Freedom of Scientific Research. We would be glad to carry on our activity with your counsel, help and participation.

Our advocacy for Human Rights and Rule of Law has been constant through the activity of the Radical Party’s constituent members, as exemplified by the judgement delivered on December 20th, 2012, by the Inter-American Court of Human Rights in which it condemned Costa Rica for its prohibition of in vitro fertilisation (IVF). The judges, based their decision also on the third-party judicial intervention (amicus curiae) submitted by the NRPTT and the Luca Coscioni Association in support of victims of the ban on IVF.

This is just one important victory among many other national and transnational campaigns, which the Radical Party and its constituent members have been promoting for decades now, with the aim of encouraging coordinated work between democratic states for the active consolidation of Human, civil and political Rights worldwide.

In this case, we fought for the respect of the right to health and for freedom in reproductive choices. Indeed, our lawyers have been proved right by the Court’s decision to protect the right of a couple to use assisted reproductive technologies. Furthermore, the Court specified in its reasons for decision that an embryo cannot be equatable with a person.

The activation of international jurisdictions is a constitutive and fundamental feature of our Party and of our nonviolent struggles aimed at guaranteeing supranational protection of democratic rights: we have done and continue to do so against female genital mutilation, against death penalty, for freedom of scientific research, for the protection of persons and minorities against totalitarianism, for universal access to reproductive health therapies (including family planning), for the deterrence and prosecution of crimes of war, against humanity and genocide.

Lately, besides the judgement of the Inter-American Court of Human Rights, we have secured two great successes. Most recently, on January 8th, 2013, in a “pilot” judgement the European Court of Human Rights (ECHR) condemned Italy for its justice and prison systems, which are in violation of art. 3 (prohibition of torture) of the European Convention on Human Rights. Our lawyers had lodged an application with the ECHR to highlight the patently illegal condition in which italian prisons and the administration of justice find themselves.

A few months earlier, on August 28th, 2012, another judgement of the ECHR condemned Italy for violation of art. 8 (right to respect for private and family life) of the European Convention on Human Rights. In this case as well, an amicus curiae submitted by the Luca Coscioni Association, various patients coalitions and over 60 members of the Italian and European Parliament was accepted. This action is part of the objectives set out in various meetings of the World Congress for Freedom of Scientific Research, whose work is currently focused on raising support for various petitions to the European Parliament on issues like euthanasia, reproductive and sexual health, assisted reproductive technologies, HIV and research on embryonic stem cells.

Over the course of the last months – despite political difficulties on the Italian front of the Radical Party – its historic transnational campaigns continue to register important steps forward.

On December 20th, 2012, the UN General Assembly unanimously adopted an historic Resolution banning female genital mutilations worldwide, as the direct result of a fifteen year long campaign promoted by the Radical Party and No Peace Without Justice. At the same time, the UN General Assembly voted for the fourth time in favour of the Radical proposal (since the early 1990s) of a UN moratorium on the death penalty, as the way towards a universal abolition of the death penalty. Thanks to the work of Radical Party’s constituent member Hands Off Cain, the number of countries in favour of the moratorium is increasingly growing.

Lastly, in Rome, thanks to the constant work of Emma Bonino – presently Foreign Minister of Italy – the Italian parliamentarians members of the Radical Party and with the support of Parliamentarians for Global Action, Italy finally adapted its legal system to the norms of the Rome Statute of the International Criminal Court.

As always for the Radical Party, one achievement means moving forward towards other goals: from the ban on female genital mutilations we must now fight against forced marriages; from the UN moratorium on the death penalty to monitoring prisons’ conditions worldwide; from international criminal law, to the right to know the truth about how Governments operate.

The unifying goal of all these activities is to reanimate and reinforce the existing transnational jurisdictions as a means to promoting Rule of Law worldwide. We therefore recognise the United Nations as the most opportune forum to discuss politics and policies on the effective government of persisting phenomenons, ordeals and tragedies, as long as we do not let diplomatic cautiousness take the upper hand.

Besides these global issues promoted directly at the UN headquarters, over the past year the commitment of the Radical Party continues in other UN forums, by giving voice to excluded and oppressed peoples’ representatives and to unrepresented peoples’ organisations. Thanks to the General Consultative Status at the UN ECOSOC – from which the Radical Party benefits since 1995 – our Uyghur, Vietnamese, Iranian Baloch and Montagnard party members had the possibility to speak at the UN Human Rights Council, as well as dissidents from Bahrein, Kazakhstan and the Falun Gong movement.

This UN-focused activity had a series of follow-ups in the Italian and European Parliaments – with hearings before the foreign affairs and Human Rights committees – along with press conferences and debates, aimed at raising awareness among European decision makers about issues that are little-known but paramount for those who believe that Human Rights do not know boundaries. On some occasions, Radical leaders followed in person some cases of maladministration of justice or persecutions, like the LGBT communities in Zimbabwe or Albania; or the mock trials in Kazakhstan against Vladimir Kozlov, leader of the Alga party, the largest opposition party in Kazakhstan. A visit to the Aktau prison where Kozlov was detained was denied to our representatives.

Last but not least, there is a need to relaunch the campaign for the right to know the truth about how Governments operate, a natural evolution of the still active “Free Iraq/Exile for Saddam Hussein” campaign for the emergence of the truth about the war in Iraq 10 years ago. In the coming weeks we will set up meetings in Rome and Brussels to establish a few guidelines of this new commitment in favour of the Rule of Law.

The constituent members of the Radical Party

NPWJ’s Radical initiatives are structured in four branches.
• The campaign for International Criminal Justice aims to combat impunity for crimes of genocide, war and against humanity – such violations are too often considered inevitable; they are instead the result of political and strategic choices coming from military and political leaders.
• The campaign for a universal ban on Female Genital Mutilations: too often considered a phenomenon pertaining to the private life, they are instead a violation of the fundamental Human Right to physical integrity, the protection of which is a responsibility of States and institutions. This campaign resulted, on December 20th, 2012, in the adoption of UN General Assembly Resolution banning female genital mutilations worldwide.
• The campaign for civil and political rights, freedom and democracy in the Middle East and North Africa – too often sacrificed under the pretext of supposed political stability or cultural incompatibilities, whereas freedom, political and civil rights are universal Human Rights.
• The LGBTI campaign, in partnership with the Italian Certi Diritti Radical Association, for the full and international recognition of equal civil rights, without discrimination based on sexual orientation or gender identity – too often the source of legal and de facto discriminations, in the name of reactionary traditions.

Hands Off Cain is the association that since 1993 has been promoting, with the Radical Party, the campaign aimed at the approval by the UN General Assembly of a universal moratorium on capital punishments, as the way towards the universal abolition of death penalty. This historic goal was met for the first time in 2007; before that, in 1997, a Resolution for the universal moratorium was approved, on Hands Off Cain’s initiative, by the UN Commission on Human Rights (now UN Human Rights Council). Subsequently, Hands Off Cain contributed to the increasing number of countries in favour of the Resolution in the votes of 2008, 2010 and December 20th, 2012, when it reached a record of 111 votes in favour.

These UN Resolutions recognised the death penalty as an issue related to Human Rights, thereby upgrading it from an issue of pure domestic sovereignty in the administration of justice. Over the years, the text approved by the General Assembly has been strengthened, namely with respect to transparency: States must communicate data and information concerning the practice of the death penalty (number of sentences, number of executions, etc). In this respect, Hands Off Cain contributes to the knowledge of this reality by publishing an Annual Report on death penalty worldwide.

We hope this overview has provided you with some useful insight on our activities. Your opinion – should you choose to contribute and support them – would be much appreciated, as to establish a dialogue and a cooperation with the common commitment to the protection and support of Human Rights. Entire peoples are deprived of their basic Human Rights, while national States and international organisations do not see this as a political priority. With your support, we would like to prioritise Human Rights in the national and supranational political agendas.