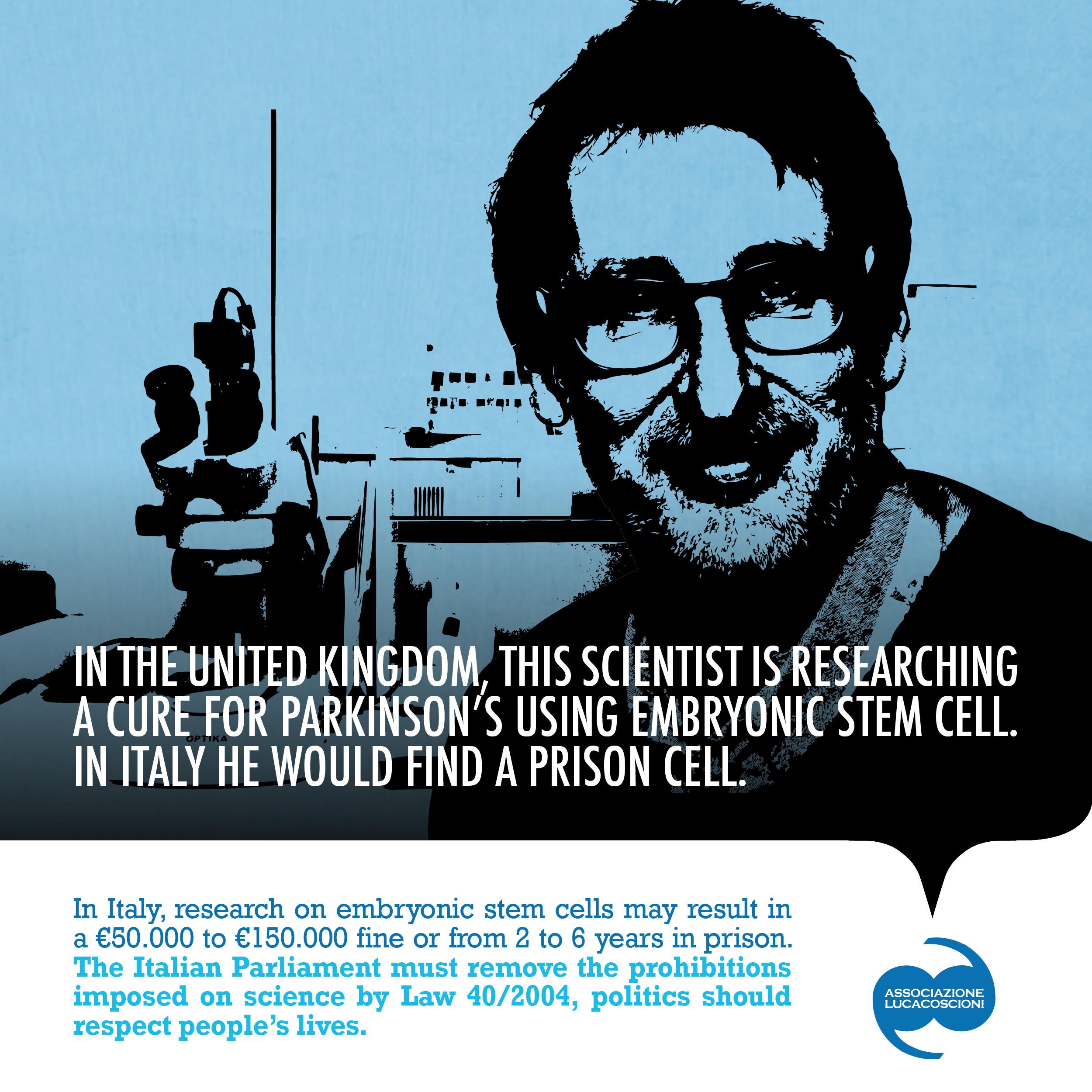 The Constitutional Court is about to rule on the fundamental issue of embryo research. Whatever the Court’s ruling, the Italian Parliament may still intervene to lift a ban that is harmful both to research and health. For these reasons, we have prepared this petition which we ask you to sign.

[IMAGE]    More than 100 Nobel laureates have come together in support of this type of research: for the Parliament to lift the prohibitions of Law 40/2004, and for politics to respect people’s lives.

IN THE USA, THIS BIOLOGIST IS SEEKING A CURE FOR DIABETES WITH EMBRYONIC STEM CELLS.

IN ITALY, HE WOULDN’T BE ABLE TO.

For the freedom of research on human embryos

according to the Charter of fundamental rights of the European Union “the arts and scientific research shall be free” (Article 13);

the Italian Constitution states, in Article 9, that “the Republic promotes the development of culture and scientific and technical research”, and in Article 33, that “Art and science are free and free is its teaching”;

scientific research on stem cells is essential to finding cures against diseases that affect millions of people in Italy. Therefore, the results are important of all types of research carried out reliably and thoroughly: on adult stem cells, embryonic stem cells, reprogrammed stem cells and stem cells obtained using the technique of transferring the cell nucleus (so-called “somatic cell nuclear transfer”);

Law 40 of 2004 hands down punishments of two to six years’ imprisonment (in the worst cases) and a fine from 50,000 to 150,000 euros – in addition to suspension from one to three years from professional practice – to scientists who perform, among other things, “any experimentation on any human embryo” and “cloning operations by nucleus transfer” including when solely for research purposes;

that Italian laboratories are forced to import embryonic stem cell lines from abroad;

that extracting embryonic stem cells and the cell nuclear transfer technique are legal in other countries;

that it is an act of great ethical and civil concern to donate embryos for research which, due to their extended period of cryopreservation, have no real chance of being implanted into the uterus and reaching foetal development;

to the Italian Parliament and Government to submit and approve the necessary legislative and regulatory proposals in order to ensure the freedom of scientific research on human embryos.

Fill out my online form.